Your Government Will Deport You - Even Citizens and Veterans

This is going to be a general section on how fucked up our immigration system is.  Even a strong supporter of good borders needs to recognize that our government is incompetent and can't be trusted to manage even this.  20,000 U.S. citizens have been deported in the 7 years from 2003 to 2010:

https://www.thejacknews.com/free-markets/immigration/united-states-cruelly-deports-citizens-military-veterans/
at November 28, 2017 No comments:

Your Government Is Never Held Accountable

YOU pay when a Congressman sexually harasses someone:

Attorney's General can beat their girlfriends:

https://www.cnn.com/2018/11/08/politics/no-charges-for-former-ny-ag-schneiderman/index.html?fbclid=IwAR1xZT1rGat1iYhds0Ka2B6nwTeDjxWj_0Q76vXynX4Chm_GlNb5vBWDFqI
at November 22, 2017 No comments:

Your Government Makes Being Poor A Crime

From the article below: "Rather than say “no,” tell the kid prosecutor she won’t set bail at $500 for fare beating charge, the judge will shrug and go with the flow. When the prosecutor offers a plea that will let this same defendant, unworthy of being released on his own recognizance, out that same day, the defendant cops. If the crime is more serious, then he sits. For months. Years. All the while being presumed innocent. All the while, his life is being destroyed and he will never get it back. Even if the case is dismissed, he can never get his life back."

From the article: "Yet again, the solution exists and has been staring us in the face all along. To fix bail, fix bail. Judges can do it today, this moment, if that’s what they choose to do. For all this hyperventilating, these journalistic epiphanies, these unduly passionate spokesmodels expressing how horrifying it all is, the answer has always been right in front of us.

The laws are great in New York. The only limitation is that judges, including superior court judges, refuse to do as the law requires. They can fix that any time they want."
https://blog.simplejustice.us/2017/11/25/one-bail-at-a-time/

From the article: "The sums that families lose in the for-profit bail system is striking. Over a five year period just in the state of Maryland, families of people who were accused of crimes and went on to be cleared of any wrongdoing parted with around $75 million in non-refundable bail-bond payments, according to the report. Looking at discrepancies by race makes the findings even bleaker. In 2015, fewer than 5,000 families in New Orleans together paid $4.7 million in non-refundable premiums, and black families paid 84 percent of bail premiums and fees city-wide that year."

Your Government Let's People Kidnap And Steal From Your Parents

This is staggering.  This isn't caused by government malice,  but just its standard,  run of the mill, laziness, complacency and incompetence.   Government bureaucracies will NEVER get things right:

Your Government Doesn't Care About Your Rights

Constitutional rights are not subject to convenience:

Slavery?  Not if you are a convict (or sometimes just accused):

https://www.revealnews.org/article/they-thought-they-were-going-to-rehab-they-ended-up-in-chicken-plants/
at November 08, 2017 No comments:

John Oliver doesn't actually connect these incentives to what they are: legalized bribery and graft, but he's funny as fuck, so:

More on the Amazon BribeFest:

https://www.currentaffairs.org/2017/10/the-sad-spectacle-of-cities-groveling-to-amazon
at November 07, 2017 No comments: 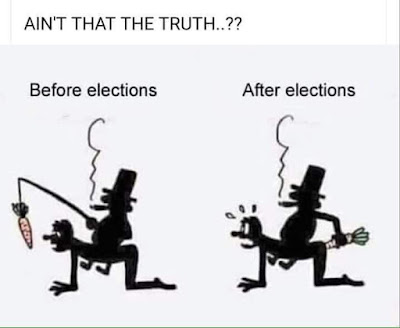